Epstein Island Temple Security Cam Footage of the Dungeons – Recently with all the news on the Maxwell arrest we want to share some information on the island these crimes happened.

For all the people that follow Q, between June 29th to July 2nd they dropped threads 4541 to 4580. These threads were “Security Cam Footage of the Dungeons Under the Epstein Island Temple”.

Information about Epstein Island from the Q drops:

Security Cam Footage of the Dungeons Under the Epstein Island Temple

List of Notable People Including Popular Hollywood Stars and Directors

Is Ghislaine Maxwell Marker Number 9 on The Countdown (re: Drop #4256)?

Argument: “Maxwell is not a big enough name to trigger a mass awakening.” [example]

Counter-argument: Do not make statements based on the assumption of ‘worth’ and/or ‘value’. Do not think ‘today’ but rather ‘after’ today.

ONE LEADS TO MANY.

Have faith in Humanity.

Possible Epstein was a puppet [not the main person(s) of interest]?

Financed by who or what [F] entities?

Sometimes it’s the people in the background that are of greater significance.

Epstein Island – Did you know about Great Great St. James???

Not only does embattled billionaire financier Jeffrey Epstein own Little St. James Island, which is located in the U.S. Virgin Islands, he also recently purchased Great St. James Island.

According to USA Today, Great St. James was popular with locals and tourists for its main attraction, Christmas Cove, a place where you could hang out and order pizza and have it delivered via boat.

The Huffington Post also confirmed this information in an article published on July 10, 2019.

Where is Great St. James Island?

The larger of the two islands Epstein owns is southeast of St. Thomas and west of St. John:

According to a 2019 satellite image from Google Maps, there appear to be quite a few boats docked at the aforementioned Christmas Cove tourist spot: 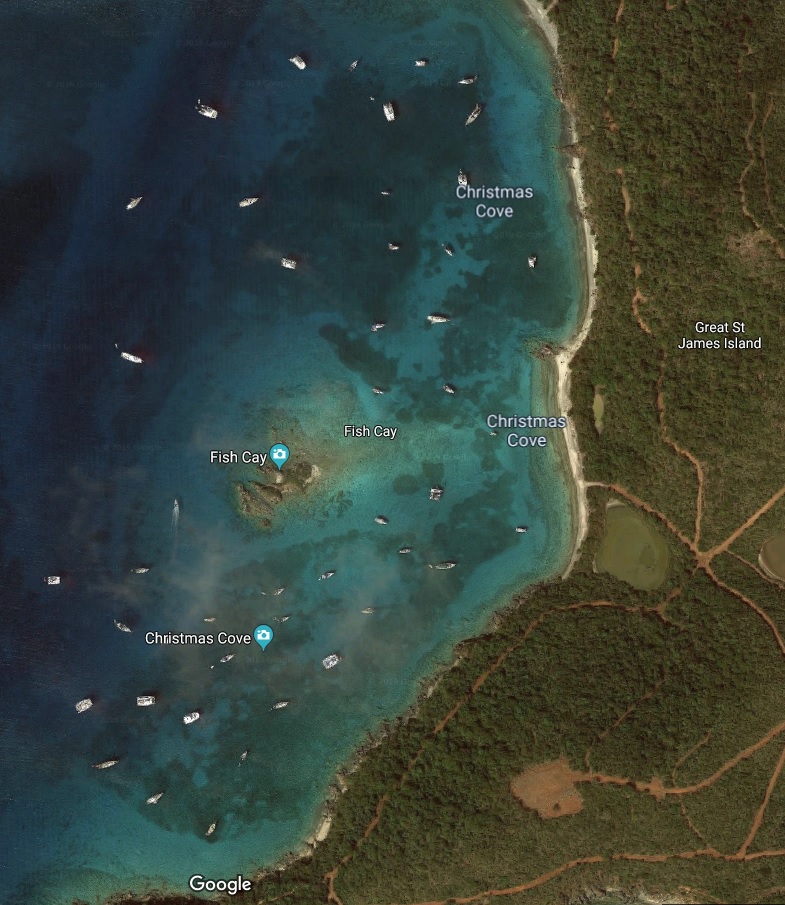 Although Little St. James Island is reported to be Epstein’s primary residence, there are a number of structures visible on Great St. James: 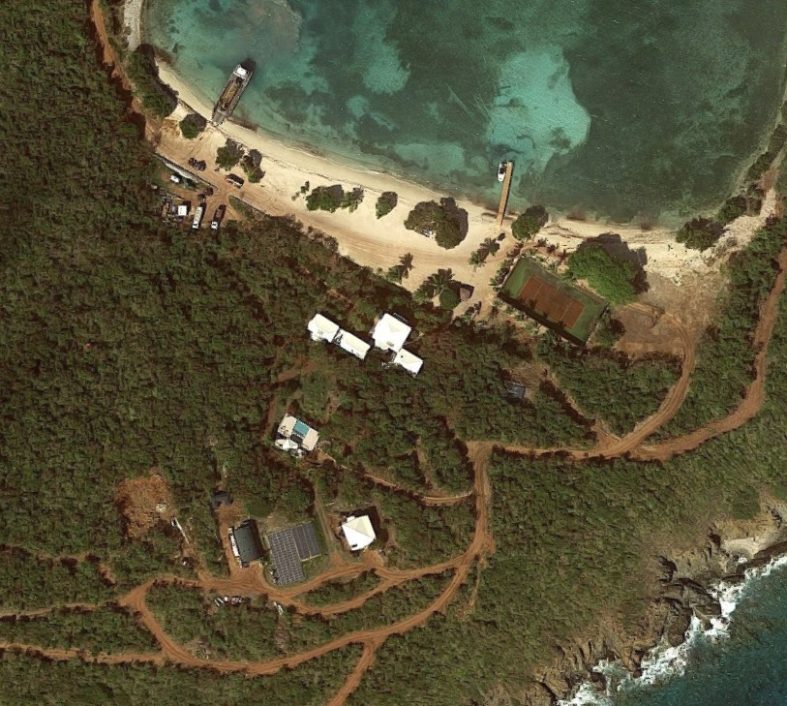 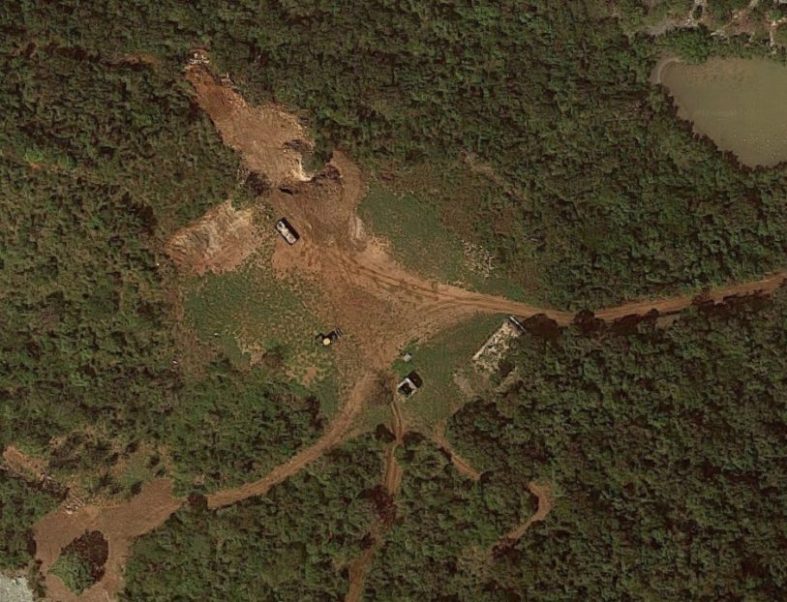 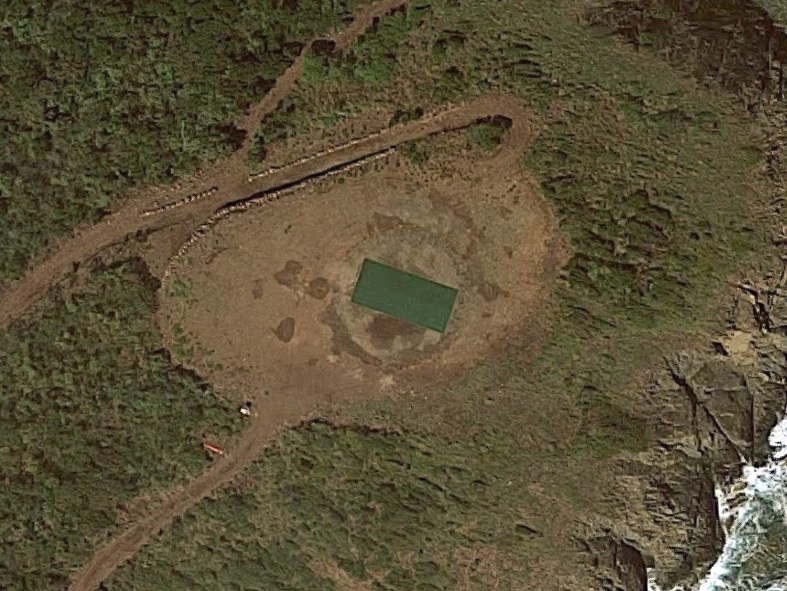 Website Online Cruising Guide describes the island as an “excellent overnight stop” which is popular with USVI charterers.

Their article about Great St. James appears to have been published around 2011 and does not mention Epstein at all. This tells us the suspected sex trafficker most likely purchased the property later on.

Were There Tunnels hidden on Epstein Island??

Recently high-resolution drone footage of Jeffery Epstein island, Little St James Island, has emerged. This footage gives a clearer view of the tunnels under Epstein’s Island as well as the statues on top of the temple on Epstein’s Island.

Although the closer footage is not perfect, it does give me credence to the theory that there are Horned Owls depicted on the temple itself. The underground tunnels are clearly visible under the temple, which many researchers believe could be an elevator shaft. What is clear from the new drone footage is the fact that there is something underneath the temple itself, maybe a hidden structure or bunker.

Some researchers are of the opinion that Jeffery Epstein is running what is known as a Brownstone operation – or blackmail operation. This theory was further bolstered by the testimony of Virginia Roberts, who was one of “Epstein’s girls”, and stated that she was told to sleep with powerful men for the purposes of blackmail. I go into some of these things in this video. Link to high res drone footage of Epstein Island:

To sign up for RSS updates, paste this link (https://th3inn3rlight.net/feed/) into the search field of your preferred RSS Reader or Service (such as Feedly or gReader).

“It is the mark of an educated mind to be able to entertain a thought without accepting it.” – Aristotle

The Inner Light DISCLAIMER: All articles, videos, statements, claims, views, and opinions that appear anywhere on this site, whether stated as theories or absolute facts, are always presented by The Inner Light as unverified and should be personally fact checked and discerned by you, the reader. Any opinions or statements herein presented are not necessarily promoted, endorsed, or agreed to by TIL, those who work with TIL, or those who read TIL.

What is our mission?

Our mission here is to curate (share) articles and information that we feel is important for the evolution of consciousness. Most of that information is written or produced by other people and organizations, which means it does not represent our views or opinions as managing staff members of TIL.

Some of the content is written by one of our writers and is clearly marked accordingly. Just because we share a CNN story that speaks badly about the President doesn’t mean we’re promoting anti-POTUS views.

We’re reporting on the fact it was reported, and that this event is important for us to know so we can better contend with the challenges of gaining freedom and prosperity. Similarly, just because we share a pro/anti-[insert issue or topic] content, such as a pro-second amendment piece or an anti-military video doesn’t mean we endorse what is said.

Again, information is shared on this site for the purpose of evolving consciousness. In our opinion, consciousness evolves through the process of accumulating knowledge of the truth and contemplating that knowledge to distil wisdom and improve life by discovering and incorporating holistic values.

Thus, sharing information from many different sources, with many different perspectives is the best way to maximize evolution. What’s more, the mastery of mind and discernment doesn’t occur in a vacuum, it is much like the immune system, it needs regular exposure to new things to stay healthy and strong. If you have any questions as to our mission or methods please reach out to us at th3inn3rlight@gmail.com.